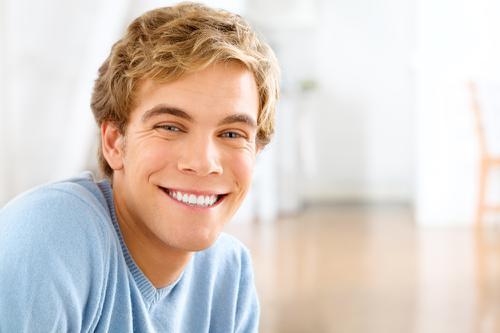 So you’ve met someone you like online. You want to seem interested, yeah, but you don’t want to seem too interested, because that makes you look desperate, right? Now, the reason why desperate guys are so unattractive is because not only do they lack the self-confidence a proper lover has got to have, but they also tend to be clingy. Clingy guys are the worst. The make everyone around them feel uncomfortable and they also make everyone around them feel guilty. Being pitiful and pathetic is not a good way to find your ideal boyfriend.

Psychologically preparing yourself for any outcome

Being too attached to any single outcome is your worst enemy. You do not want to fixate on any single guy. I know he’s cute. I know you both like the same bands. The problem is he may only seem like he’s emotionally available, or he may have met someone else and he’s giving it a shot with them. You may not be emotionally compatible or looking for the same things out of a relationship at that particular point. Understand that none of this is your fault. It doesn’t make you lame or undesirable just because another guy doesn’t want the same thing out of a relationship that you do. It’s foolish of you to blame yourself for any of that and it’s even more foolish to get attached to the possibility of dating that one guy no matter how awesome you think he is.

Psychologically preparing yourself for any outcome is the best thing you can do to ensure that whatever happens will be the best thing for you. Not only will you not seem fixated on him personally but you will also seem like a well balanced guy who has lots of options to choose from. No matter how awesome you think he is, this approach will ensure the best outcome in the long term. If you’re too attached to the outcome, you will try too hard and then will send him the desperation signals. Once he gets a whiff of that the answer will be “no” no matter what. Even if the two of you were emotionally compatible and everything would have been great, you’ll never know because you scared him away by being too attached to the outcome.

Things happen when they’re supposed to happen. There’s hundreds of hot gay guys in your area that love that band and have similar interests to you. A few of them are even emotionally compatible for the long haul.

If you have a special crush who you’re obsessing over, which is cool, we all do it, you might want to think about finding a gay hookup site and putting him on the back burner. Why? Because this will let him know that you’re a man in demand. It also lets him know that you’re not weird about sex; that you don’t get overly attached just because you’ve slept with someone. Then he doesn’t have to worry about it becoming overly serious just because you guys spent the night together and that would totally be your in.

Not only that but gay hookup sites are a lot of fun! You get to meet a lot of different guys and hook up with them for casual sex and no strings attached dating. In case you are unclear on the concept, having gay sex online can really brighten your day. The features of hookup dating sites are really slick nowadays. If you’re out on the town and you get the urge you can set yourself in roaming mode which lets other members of the site know that you’re cruising and you’re up for just about anything. In other words you’re in for a good time. Internet dating affords men like us a lot of great options for casual gay dating that were never available to the older generation. The service is really worth the investment because any time you’re in the mood a potential hookup is only a couple emails away.

Casual gay dating online, is a fun and cheap way to make new friends and take them home for sex. I’ve been doing it for awhile now myself and I’ve found it’s really built up my confidence in the dating area. Now, even when I am obsessing over that one cute guy I don’t take it personally when things don’t work out. A lot of that comes with experience too. Guys who are not very experienced with sex don’t really understand how the game is played and why it’s so foolish to be overly hurt by negative outcome. Things happen for all kinds of reasons and wise men never take them too personally, even when you feel bad it didn’t work out your way.